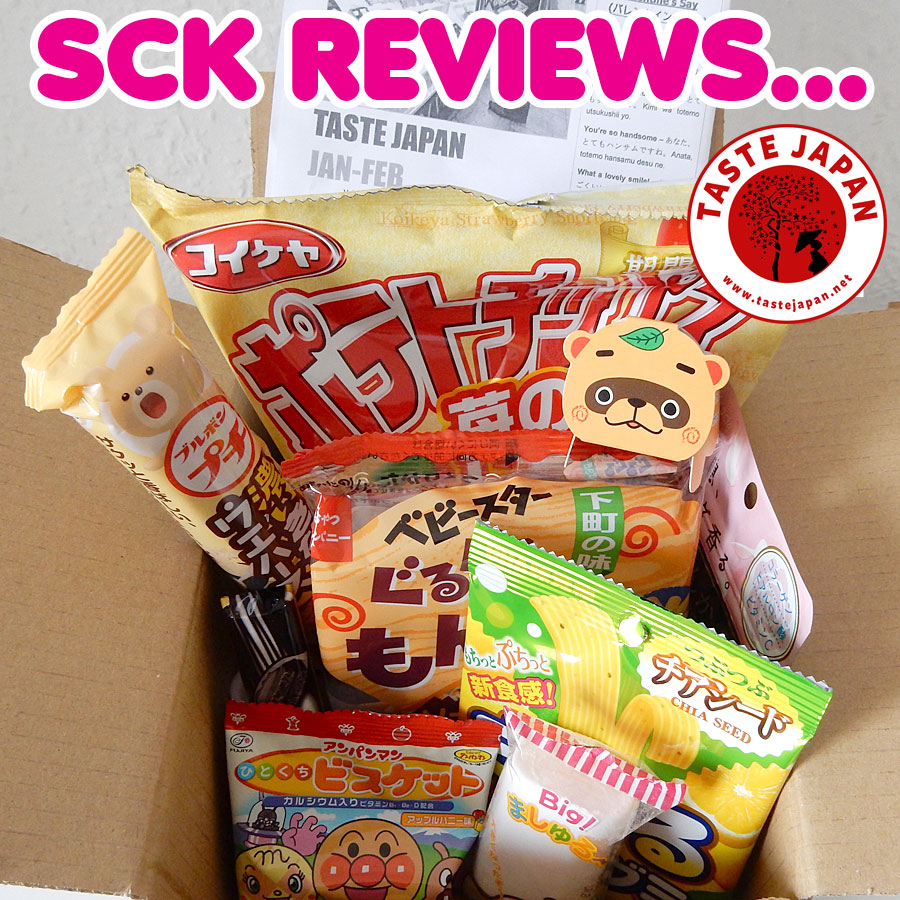 We’ve got another box of Japanese snacks and candy to review, this time from Taste Japan who send out monthly selections of seasonal and local treats direct from Japan. There wasn’t anything exciting about the actual packaging but everything arrived safely and looked super cute and colourful. 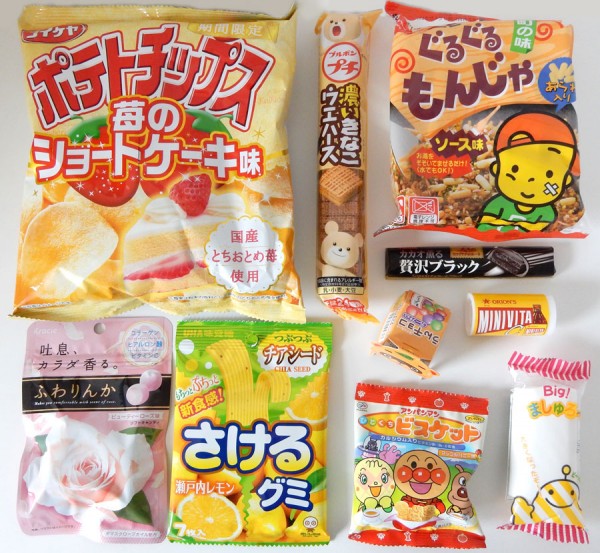 This is what I found inside: Strawberry Shortcake crisps, Brown Sugar Kinako Wafers, Monjayaki kit, Sequoia Black chocolate, Mini Vita C, Unchioco, Fuwarinka Rose candy, Sakeru Gumi, Anpanman biscuits and Big Mashuru. Nothing I’ve tried before! It also included a leaflet with details of all the items and subscribers get access to special blog posts with lots more details on each product. 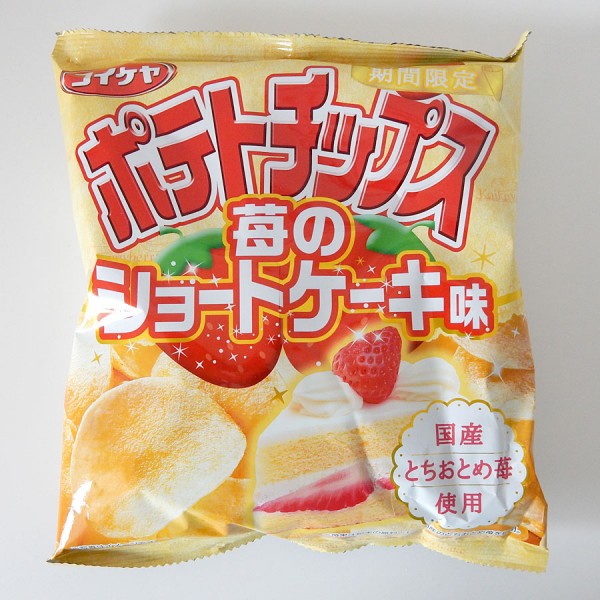 Let’s start with the most notable item – strawberry shortcake crisps! This is a very light sponge with cream and strawberries that you find all over Japan, especially at Christmas. These were a limited edition so it was fun to get to try them. The flavourings include fresh strawberry juice and cream powder and it really does smell exactly like the cake. The taste is kind of odd as crisps are usually savoury, but it’s definitely not unpleasant, though maybe a bit too sweet to eat a whole pack yourself. 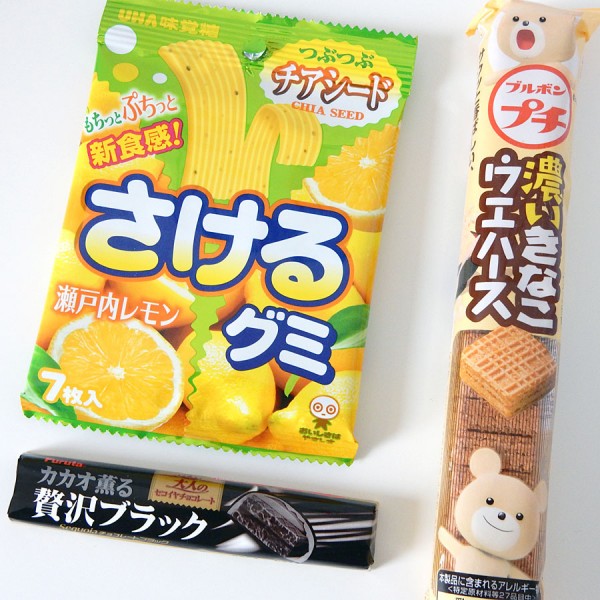 After reading the leaflet, these were the items I was most interested in trying. The chocolate bar was really good – dark chocolate with wafer and milk chocolate cream. I would definitely buy this again. The lemon package had individually wrapped gummy strips that you can peel pieces off like string cheese. They were nice and fruity, but with a slightly odd texture.

The little wafers are flavoured with brown sugar from Okinawa and kinako (roasted soy flour) and tasted really good, with a nutty caramel flavour. The packaging is so cute too. 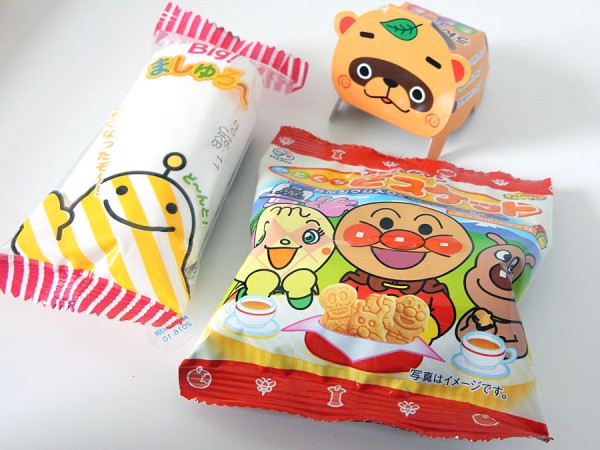 There’s more cute packaging in the box including a giant marshmallow and the adorable animal shaped Unchioco, which means animal poo, oh dear. Thankfully there’s just chocolate beans inside, like tiny m&ms, but they don’t really taste of much. 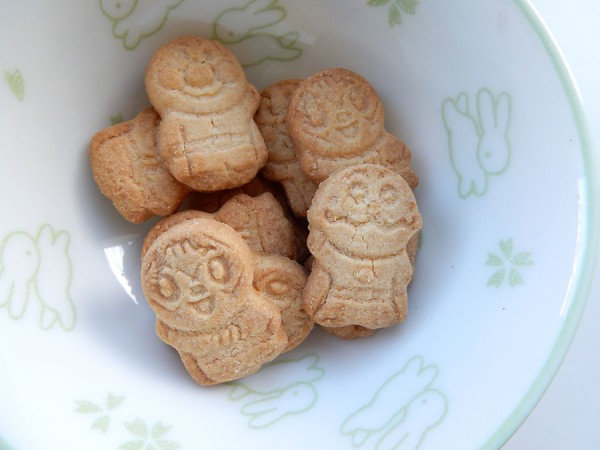 The biscuits feature Anpanman and friends, characters from the popular Japanese anime where the hero is made of bread. The biscuits looked great and were nice enough but nothing special. 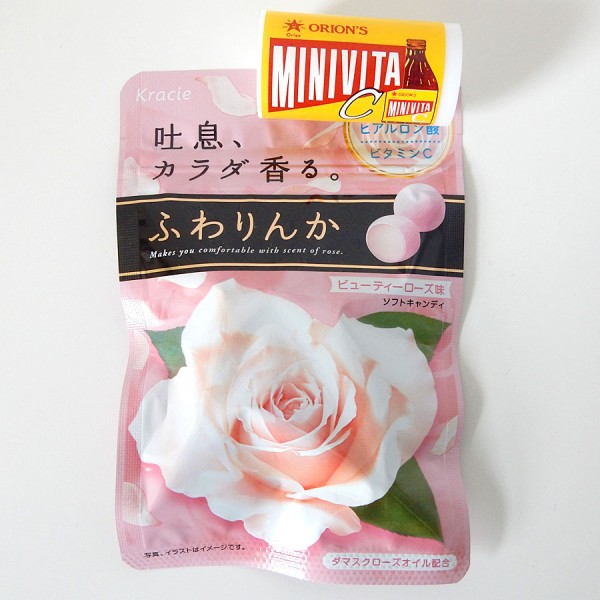 Also in the box are a couple of health products – a handy bag sized tube of Vitamin C and some rose flavoured candy that promises some (probably unscientific) anti-ageing skin benefits. I was not a fan of the rose taste at all, but it would be nice in another flavour. 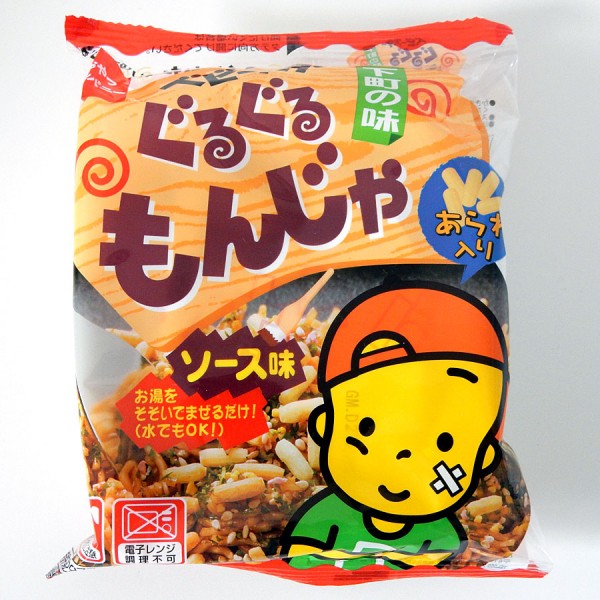 Instead of a candy kit, this box included a kit to make a savoury monjayaki pancake, which makes for a fun change. If you’ve ever had okonomiyaki, this is similar – it’s a mix of cabbage, ramen noodles, seaweed, puffed corn and batter that you fry on a hotplate and eat with mayonnaise and barbecue sauce. That might sound horrible to some of you, but it’s really good. 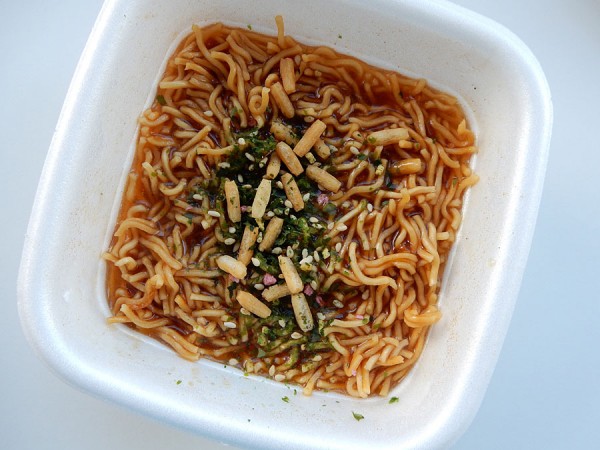 For this DIY version, you just add hot water to the dried noodles and flavour powder, stir it all together and add the toppings. It didn’t look particularly appetising but it was fine, like barbecue noodles. It would probably be better to leave off the seaweed unless you’re a big fan as it’s very strongly flavoured. 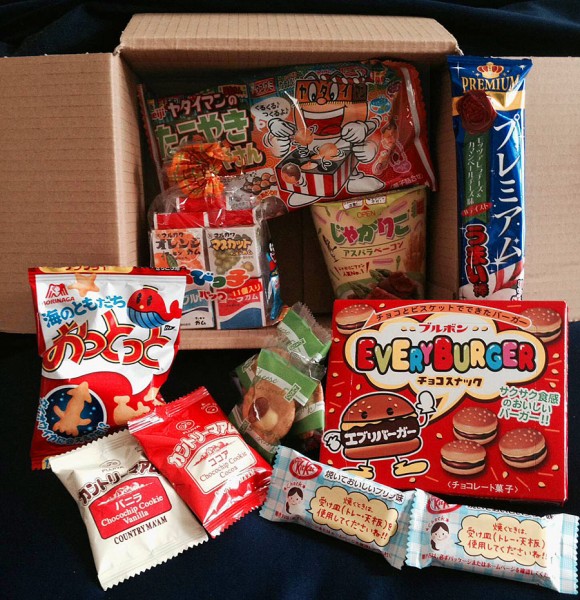 Overall, this was a fun selection of snacks that I hadn’t tried before and included lots of Japan-only flavours and characters with some cute packaging. It’s not the cheapest option for a small box but most of the contents are not widely available online so you’re really getting some unique treats, rather than the same old Pocky and Pucchi. Above is another example box from last summer.

Taste Japan boxes are sent out monthly with free shipping worldwide for £15 plus there are discounts for subscriptions. Check out the Taste Japan site to order the next box, sign up for a subscription or just find out more.

Not sure which subscription box is best for you? Check out our guide!

(Box was provided for review by Taste Japan but this is my honest review and the photos are my own, except for the last one)

Marceline is the co-founder and editor of Super Cute Kawaii and also designs cute character goods as Asking For Trouble. Having visited Japan five times, Marceline is enormously inspired by all things Japanese and especially loves bunnies, space and any kind of food object with a happy face. Follow her on Twitter or Instagram. 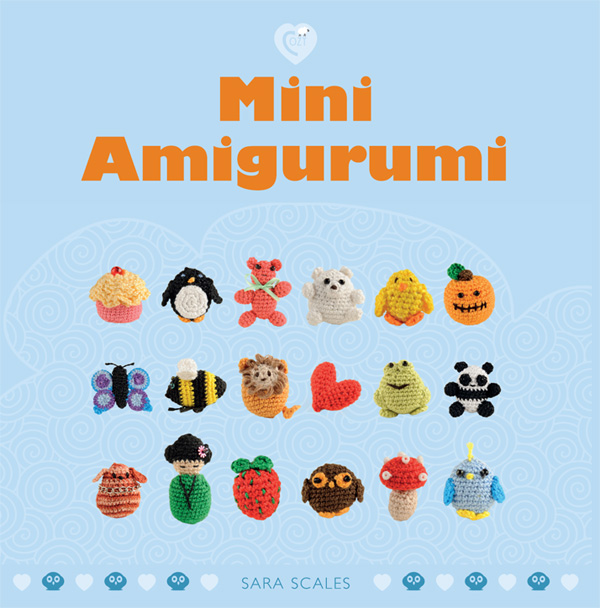 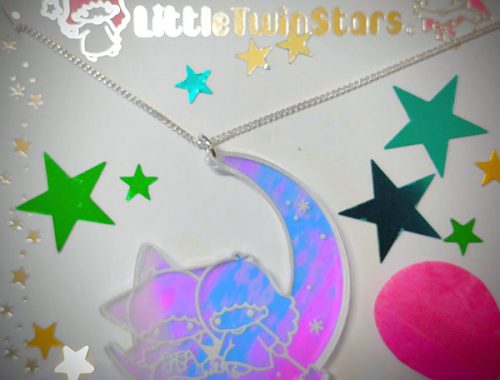 Get your daily dose of handmade cuteness and Japanese kawaii with the cutest independent makers, our favourite Japanese and Korean characters, plus giveaways, reviews and more! 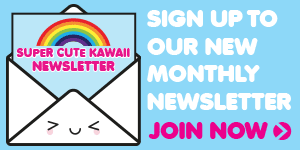 Made by the SCK Writers

All opinions are those of the SCK writers and they are not compensated or sponsored for writing about any products or services featured unless stated in the post. Links to shops and websites may be affiliate links - SCK receives a small commission from your clicks and orders at no cost to you, which helps us fund this site. SCK accepts advertising only through our Ad Page.