The Disney Parks at Christmas

I’ve been lucky enough to visit the Disney parks at Christmas a few times now at both Walt Disney World (including for Christmas Day) and Tokyo Disney Resort. I thought I’d share with you some of the fun things you can experience while spending the holiday season at Disney.

The biggest change is always the decorations that cover the parks, with hundreds of wreaths and garlands, and thousands of lights hung throughout. There’s always a huge Christmas tree in the parks (except at DisneySea where each ‘port’ has its own themed tree) and both big and small Christmas trees are dotted around too. The lovely part is that the trees and decorations are usually themed to the areas they are in. So, Animal Kingdom’s tree is covered in wooden animals and ornaments and Hollywood Studios is full of old-fashioned 50s-Americana style Christmas decorations.

Even Disney Springs gets involved with their Christmas tree trail where each tree is themed to a different Disney movie or franchise. Over at Tokyo Disneyland, I even spotted a tree dedicated to the Three Caballeros! You’ll just always find fun festive touches where you least expect them and a great example of this is in Dinoland in Animal Kingdom, where the huge dinosaur skeleton is covered in lights and there are colourful dinosaurs in the wreaths.

Speaking of decorations, you should definitely try and resort hop at Walt Disney World (mainly the deluxe hotels) and check out the amazing Christmas trees themed to the hotel they’re in. Some of them even have incredible gingerbread structures, with the Grand Floridian having a life size gingerbread house in its lobby. It’s pretty amazing to see. If you can make it as far as Fort Wilderness campgrounds, then you’ll find the most insane personal decorations, including inflatables, around each RV site.

You can buy gingerbread in some of the parks and at the Grand Floridian too, but there are way more festive treats on offer both at Walt Disney World and Tokyo. At Walt Disney World there are lots of seasonal specials to be found in the restaurants and cafes in the parks and hotels. In addition, as part of EPCOT’s Festival of the Holidays, there are lots of booths dotted around serving up Christmas and winter dishes, desserts and drinks. There’s cheese fondue and turkey with all the trimmings, among other things, but you can find such a variety of dishes as well as Christmas cookies and cocktails. In Disney Springs, Jock Lindsey’s Hangar Bar gets a holiday makeover and is completely covered in decorations and lights.

In Tokyo I love that a lot of their specials come with souvenir cups, plates, coasters, lunch bags or even cup warmers, and they’re often themed to Christmas or winter at this time of year. Even the hotel restaurants around the resort have special seasonal set menus, buffets, and afternoon tea. While there are traditionally Christmas themed snacks available, Christmas is treated as more of a romantic holiday in Japan (a bit like Valentine’s here) so a lot of the restaurant offerings are more tailored to being special meals, rather than being overly festive.

There are so many different options on offer that it can get confusing so I definitely recommend checking out videos, blogs or Instagram before you go. For Walt Disney World I would recommend Molly from Mammoth Club or Disney Food Blog, and then TDR Explorer always provides excellent coverage of the Tokyo parks. Disney Tourist Blog is a great source of information for the parks in both countries.

There’s always a lot of special entertainment for Christmas in both Orlando and Tokyo. Alongside all the merchandise and decorations, Tokyo Disneyland usually has an extra Christmas parade alongside its others and the Nightmare Before Christmas overlay on Haunted Mansion (which might be better than the normal one?!). At DisneySea there’s at least one special Christmas stage show and Duffy and Friends always have a new theme for their food and merchandise. They also have a Christmas firework show that is shared between the two parks.

Walt Disney World has seasonal entertainment for each park too. Magic Kingdom gets a stage show and Christmas projections on the castle, the Dapper Dans sing Christmas songs in their festive outfits and the Jungle Cruise gets a festive overlay and becomes the Jingle Cruise. Usually the castle is decorated in sparkly lights and they have a special castle lighting show, but during the 50th anniversary, that hasn’t happened. Animal Kingdom has the Merry Menagerie, which are a collection of puppets that represent different creatures from the Arctic and Antarctic regions. Hollywood Studios has festive musical acts, fake snow on Sunset Boulevard, Santa Claus appears and Galaxy’s Edge celebrates Life Day (a holiday in the Star Wars universe).

EPCOT celebrates in a big way with the Festival of the Holidays. It covers all of World Showcase with special food stalls, an Olaf treasure hunt, a cookie stroll and entertainment. You can listen to storytellers in the different parts of the world sharing their holiday stories, for example, you can hear about Hanukkah, listen to Father Christmas, discover some New Year’s traditions in China and Japan, and listen to music in Canada and Mexico. They also have the Candlelight Processional, which is a big stage show with a choir singing carols and a different guest narrator almost every day. Even EPCOT’s beacon, Spaceship Earth, has a little festive light show glowing over it every night.

In both countries you’ll see and maybe meet characters dressed in either festive outfits or with added winter accessories like scarves and hats. The best ones were Chip and Dale dressed as dinosaurs with reindeer ears and Christmas lights!

Tokyo Disney Resort’s seasonal entertainment is all included in your park ticket, whereas some of the entertainment at Walt Disney World is held at an extra cost. Mickey’s Very Merry Christmas Party is an after hours ticketed event held on select nights during November and December and has a special parade, snacks and character greets. However, between the 23rd and 31st of December you can see the special Christmas parade in normal park hours in Magic Kingdom instead of the usual parade.

A couple of tips!

If you decide to visit Walt Disney World on Christmas Day then definitely prepare for heavy crowds and long lines. Do your research so that you can book your preferred dining reservations in advance (this is currently 60 days ahead) and then make sure to arrive before park opening or early entry hours to maximise your chance of getting on popular rides. The Christmas celebrations at Tokyo Disney Resort stop after Christmas Day, unlike the US parks, and then the New Year celebrations begin. The New Year is an important holiday in Japan, so you can expect to find special entertainment, merchandise and food for this too!

You can see more from my recent trip to Walt Disney World in my Instagram story highlights. Would you like to visit a Disney park at Christmas time? 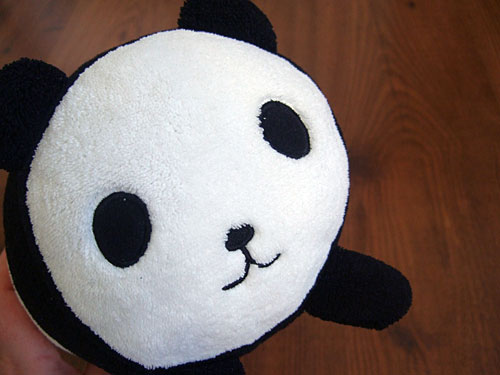 What I Bought in Japan 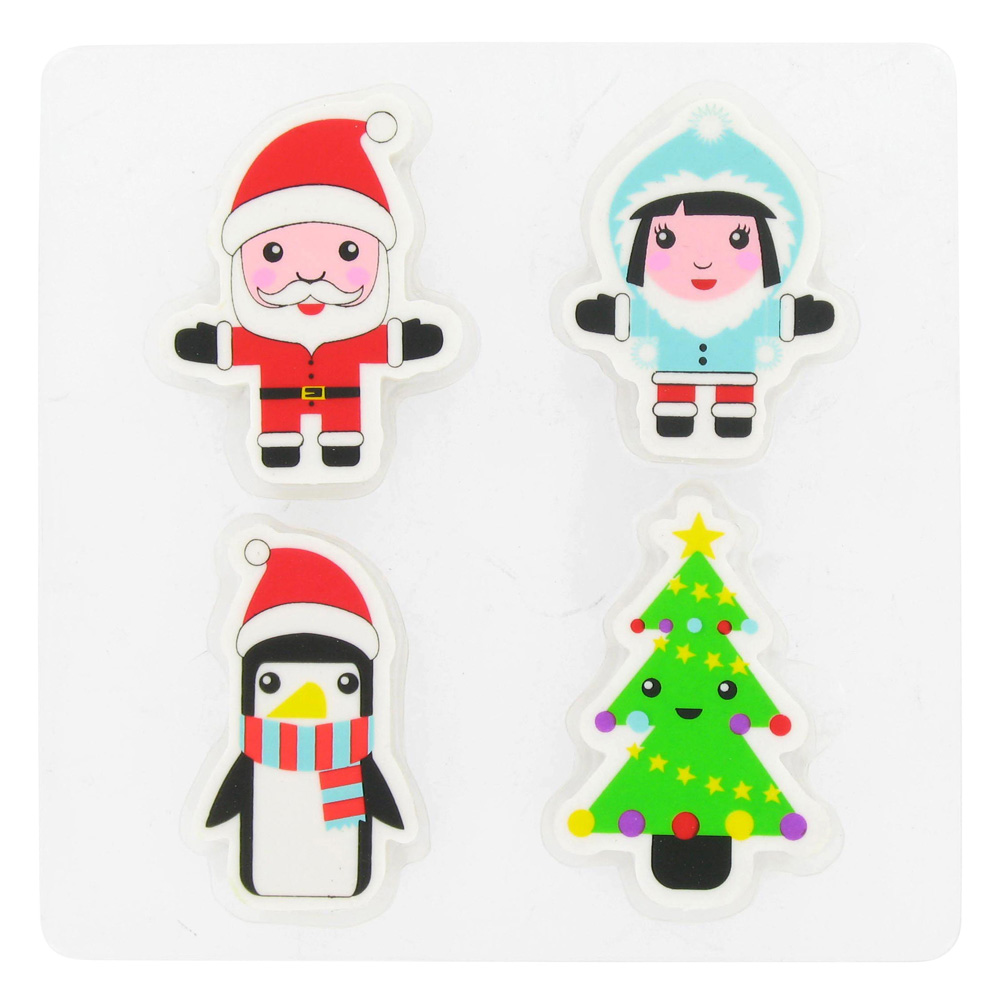 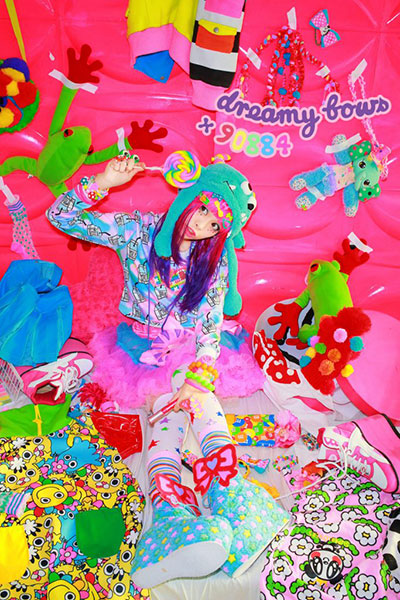 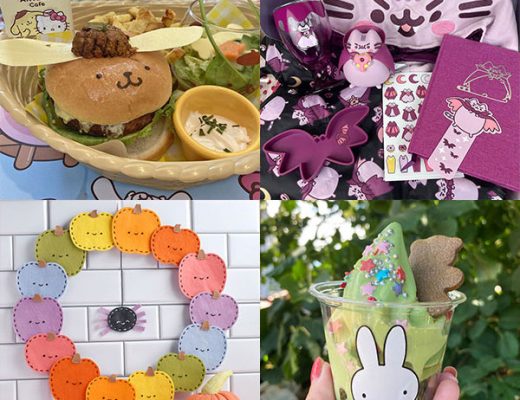